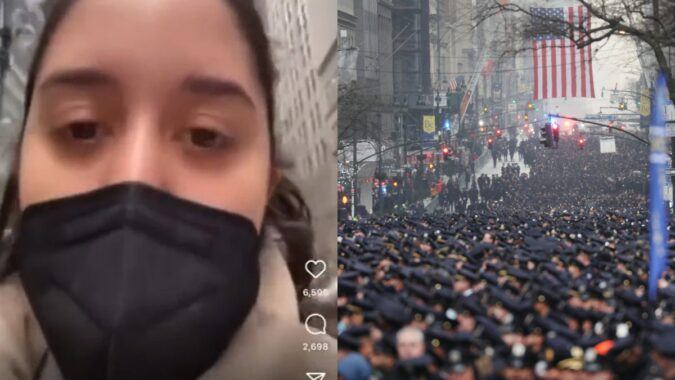 A New York City-based actress was fired this weekend after backlash over her viral TikTok complaint that the city didn’t need to be shut down for “one f—— cop” whose funeral was held Friday at St. Patrick’s Cathedral, according to a report.

On Friday, thousands lined Manhattan’s streets to mourn the 22-year-old Rivera, but actress Jacqueline Guzman likely wasn’t one of them, the New York Post reported.

The actress posted a TikTok rant about street closures prompted by the funeral.

“We do not need to shut down most of Lower Manhattan because one cop died for probably doing his job incorrectly,” she said. “They kill people who are under 22 every single day for no good reason and we don’t shut down the city for them.”

Well Jacqueline Guzman your famous now, congratulations. Although our fallen officers can’t walk anymore, they are the reason why you can today. You are not a reflection of the Hispanic community. But now that the streets are clear, you walk alone. @nypost pic.twitter.com/cLV9GDP3Ae