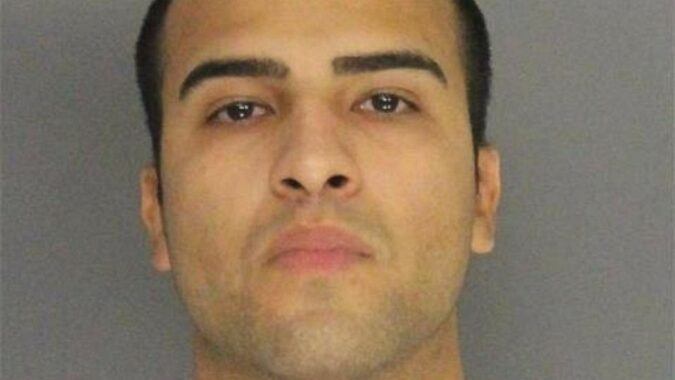 A New Jersey police officer faces a slew of charges after allegedly striking a pedestrian on a parkway, leaving the scene and then taking the victim’s body to his home.

Newark Police Officer Louis Santiago, 25, has been charged with reckless homicide, desecrating human remains and other related charges after striking a pedestrian on the Garden State Parkway, according to a statement Thursday from Acting Essex County Prosecutor Theodore N. Stephens, II.

On Nov. 1 around 3 a.m., Santiago allegedly struck the victim with a 2005 Honda Accord he was driving and did not call 911. Instead, he allegedly left the scene of the accident, came back to the scene, placed the victim in his car and then at some point returned to the scene with the victim’s dead body.

Santiago allegedly took the body of the victim, Damian Z. Dymka, a 29-year-old nurse from Garfield in Bergen County, New Jersey, to his home in Bloomfield where he discussed with his mother what to do with the body, according to the prosecutor’s statement. 10 Things Only Depressed People Will Understand