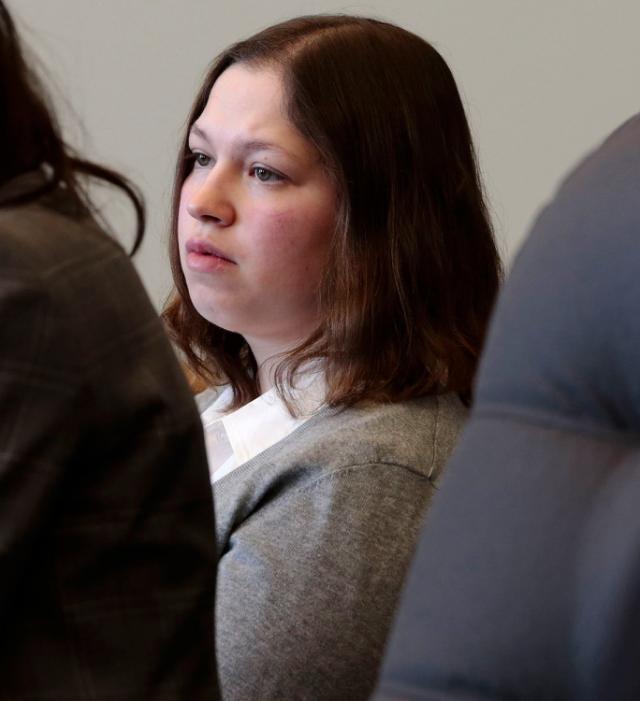 An Ohio mother who killed her three young sons pleaded guilty in exchange for being spared the death penalty, according to multiple reports.

Brittany Pilkington, 27, was scheduled to stand trial in early 2020, but instead, she pleaded guilty Tuesday to involuntary manslaughter and murder for suffocating her boys in three separate incidents.

Pilkington’s 3-month-old son, Noah, was found dead in August 2015 in the couple’s apartment in Bellefontaine, Ohio, reports the Springfield News-Sun. Months earlier, in April 2015, Gavin, her 4-year-old son, was killed. Niall, an infant, died in July 2014.

According to WSYX, Pilkington confessed to killing the children on the day Noah was found dead.

She told investigators she suffocated her sons because she was jealous of the attention they were getting from her husband — their father, and Pilkington’s mother’s ex-boyfriend, reports WITI.

In court, prosecutors said Pilkington was also upset that her husband paid little attention to their daughter, who was unharmed.

Police never charged her in her first two sons’ deaths, citing a lack of evidence a crime had been committed.

Under the terms of the plea deal, Pilkington was sentenced to seven years in prison for the involuntary manslaughter charge and 15 years to life for the two murder counts.

Logan County Prosecutor Eric Stewart was quoted in reports as saying the deal helped bring “justice and closure to this tragic case and protect the community from the defendant.”

Pilkington, who suffered lead poisoning as a child, was sexually and physically abused for years, according to Kort Gatterdam, one of her attorneys.

“Sadly, she’s safer living a better life in jail than on the outside,” Gatterdam said, calling his client “irreparably damaged.”

In a statement, read by her attorney, Pilkington said she “loves and misses all of her children and grieves for them every day.”