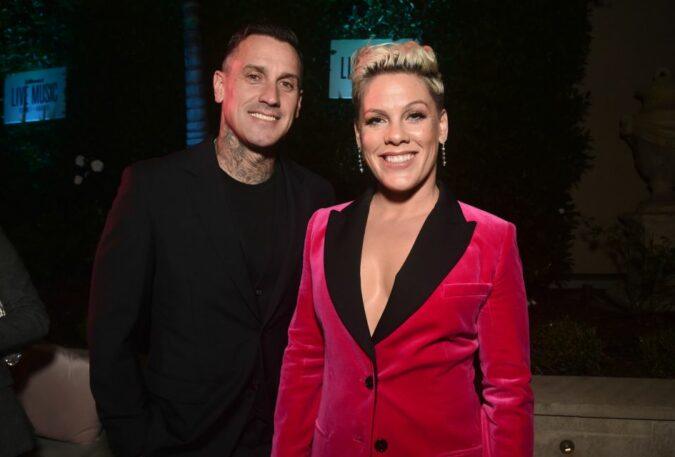 Pink said that couple’s therapy is the reason she is still married to ex-motocross racer Carey Hart, during a conversation about mental health on Instagram.

On Friday the “Walk Me Home” singer engaged in an Instagram Live discussion with Vanessa Inn, her therapist of 20 years, whom she has seen both alone and with Hart. “I believe in therapy, I believe in doing the work, I know that it helps,” she said, adding that the dialogue is perfectly timed because “you can’t run from yourself in quarantine.” Self-care is important, she said, amid the Black Lives Matter protests after the deaths of George Floyd, Breonna Taylor and Ahmad Aubrey.

She delved into her relationship with Hart, whom she began dating in 2001 and married in 2006. The couple, who are parents to daughter Willow, 9 and son Jameson, 3, have broken up multiple times over the years.

Pink said, “I got a lot of sh*t for telling people that Carey and I have been in couple’s counseling…for Carey and I, it’s the only reason that we’re still together because I think partners after a long time we just speak — I can’t say it’s a man and woman thing, I think it’s a partner thing, a spouse thing — that you just speak two different languages and you need someone to hear both of and then translate it for you.”