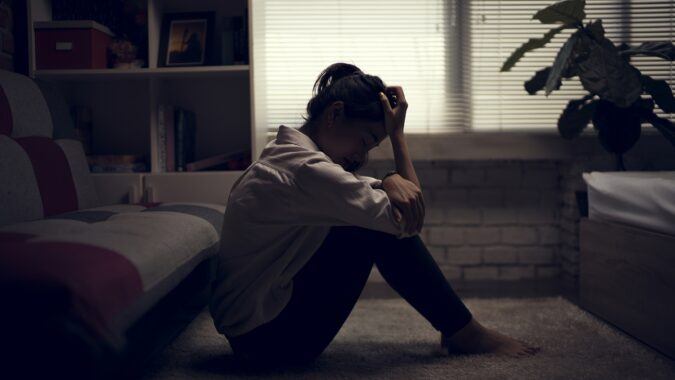 Background: The objectives of this study were: 1) estimate the impact and severity of both diagnosed and undiagnosed depression in the general US population 2) explore the demographics of depression based on its common symptoms 3) interpret Patient Health Questionnaire-9 (PHQ-9) scores to improve accuracy in identifying individuals with depression.

Methods: A random sample of 200 individuals was selected from a general US adult population to complete the Patient Health Questionnaire-9 (PHQ-9).

Conclusions: The results indicate that undiagnosed depression exists in the US population and suggest that access to mental health services needs to expand across the nation.

Clinical depression is a mood disorder that causes a persistent feeling of sadness and loss of interest that can affect ones thinking and behavior. This condition can lead to a variety of physical and emotional problems and often requires long-term treatment [1]. In a normal brain, neurotransmitters successfully send chemical messages through electrical signals released and received by neuron synapses. Dopamine is responsible for regulating one’s motivation for reward [2]. When comparing the brain of a depressed patient, there are several abnormalities including brain shrinkage (atrophy), a loss of grey matter volume, and reduced functional activity in the hippocampus. There is also a depletion of the neurotransmitters in the central nervous system including serotonin, norepinephrine, or dopamine [3]. Personality traits such as low self-esteem, a family history of depression, childhood depression, or traumatic life events such as sexual or emotional abuse have also been associated with an increased risk for depression. In addition, individuals ages 18-25 years old, those who identify as two or more races, and women are more prone to depression [4]. Several forces interact to cause depression including faulty mood regulation by the brain, genetic vulnerability, and stimuli from traumatic events [5]. As the global coronavirus pandemic took place, depression cases in adults jumped from 8.5% before the pandemic to a staggering 27.8%. Research from the Boston University School of Public Health reveals that elevated depression rates have persisted into 2021, climbing to 32.8%, thus affecting one in three adults [6]. Depression typically occurs in multiple episodes, with signs and symptoms reoccurring often. Some of these symptoms include feelings of sadness and emptiness, frustration, sleep insomnia, lack of energy, reduced appetite and weight loss, anxiety, slow thinking, trouble concentrating, unexplained physical issues, and suicidal thoughts and actions [7]. Three of the more common methods used in depression treatment include cognitive behavioral therapy, which is a psychosocial intervention, interpersonal therapy, a form of therapy to improve interpersonal functioning, and psychodynamic therapy, an approach to facilitate a deeper understanding of one’s emotions [8].

The Patient Health Questionnaire-9 (PHQ-9) is a self-administered questionnaire designed to screen, diagnose, and monitor the severity of depression. This assessment was derived from the original PHQ which aimed to address multiple health concerns including depression, panic, anxiety, etc. The PHQ-9 was developed by Spitzer, Williams, and Kroenke under a grant from Pfizer. This self-administered nine-question questionnaire assesses each criterion of depression in the Diagnostic and Statistical Manual of Mental Disorders (DSM) and is commonly administered at therapists’ or doctors’ offices to monitor and evaluates a patient’s mental health [9].

The objectives of this study were: 1) estimate the impact and severity of both diagnosed and undiagnosed depression in the general US population; 2) explore the demographics of depression based on its common symptoms; 3) interpret PHQ-9 scores to improve accuracy in identifying individuals with depression.