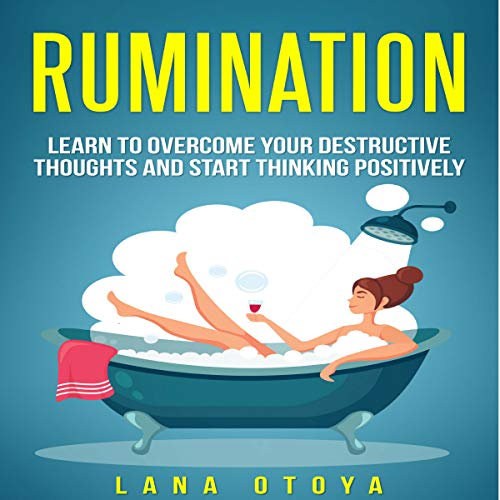 Does the idea of thinking positively sound like the devil inviting you into the depths of hell?

Those of us who suffer from anxiety, depression, and rumination know that “thinking positively” is easier said than done. We reject it by rolling our eyes and dismissing the idea because for some reason, it just doesn’t feel good to think positively.

Why is it that your mind is rejecting an idea that you know is probably good for you?

The answer is the path of least resistance.

If you’re always thinking about negative things, the roads leading to your negative buildings will be nicely paved highways with no speed limit. They will be your paths of least resistance.

Then, someone like me (hello!) comes a long and says “you should think positively” which means you should go to a positive building in brain city.

You’ll think about that for a moment and then realize… the roads to the positive buildings are no good! They are unpaved dirt roads that are windy and uphill. They are the path of maximum resistance because you haven’t spent any time building those roads.

If you are depressed, anxious, or suffer from rumination, your roads to positive buildings are not fun to drive on and when you drive on them, it won’t be easy. You have a lot of work to do to build those positive roads, but once you get them all built up your negative roads won’t be so tempting.

This audiobook will teach you to build positive roads.