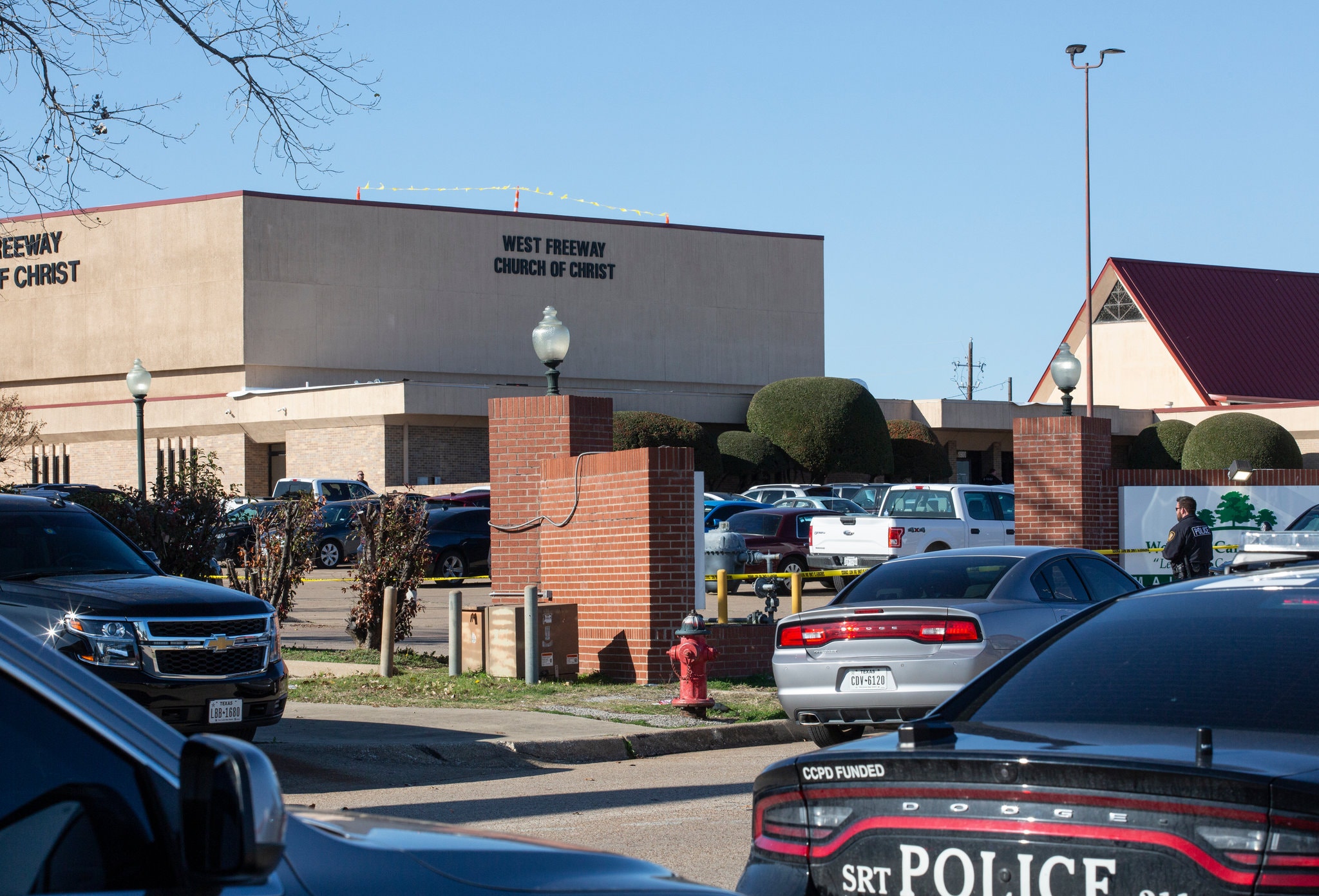 WHITE SETTLEMENT, Texas — A gunman opened fire at a church in Texas on Sunday morning, killing two people with a shotgun before a member of the church’s volunteer security team fatally shot him, the authorities said.

About 250 people were inside the auditorium of the West Freeway Church of Christ in White Settlement, near Fort Worth, when the gunman began shooting just before communion, said Jack Cummings, a minister at the church.

Mr. Cummings said the gunman was “acting suspiciously” before the shooting and drew the attention of the church’s security team. The team, he said, has existed for at least 10 years and is made up of members of the church’s congregation who are licensed to carry firearms and practice shooting regularly.

“They saved a lot of lives today,” Mr. Cummings said. “Because this thing would have been a massacre otherwise.”