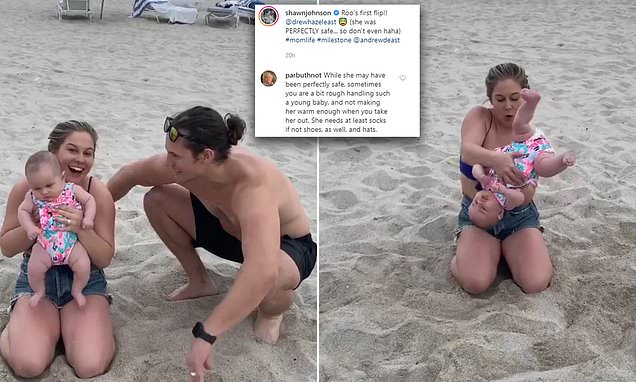 Shawn Johnson is letting her followers know that mom-shaming is a “real thing.”

The former Olympian became a parent, with husband and NFL free agent Andrew East, just three months ago, and already she’s become familiar with the unsolicited advice and negativity that comes with posting about your child on social media. But she refuses to sit silently as strangers shame her for the decisions she makes as a mom.

The response to her critics was posted to Johnson’s Instagram stories on Monday night, just after she shared a video on her feed of baby Drew Hazel East doing her “first flip” on the beach. In the video, Johnson holds the 3-month-old securely as she slowly and gently flips her just above the sand. The caption reads, “Roo’s first flip!!” with a parenthetical, “(she was PERFECTLY safe…so don’t even haha).”