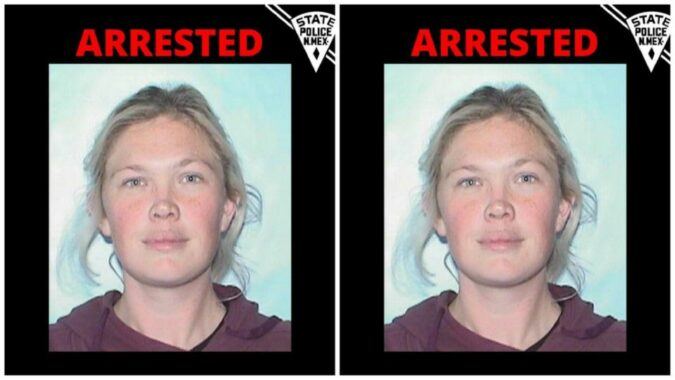 A New Mexico woman has been accused of drugging her veteran grandfather to death, stuffing his body in a big tool box, and telling people that he was living at a fictional nursing home.

Candy Jo Webb, 27, went on the lam after a neighbor found A.J. Harden’s decomposed remains in mid-October, and investigators began asking questions, according to court papers.

But she was tracked to Jacksonville, Florida, where U.S. marshals picked her up on Thursday. She’s being held on a charge of first-degree murder and awaiting extradition to New Mexico, police said Friday.

A criminal complaint against Webb says that police learned Harden, 82, was dead when a resident of Fort Sumner, Chad Abeyta, noticed a foul odor coming from a tool box dumped on property near his home and made the grisly discovery.

The remains were severely decayed, but a medical appointment card with Harden’s name was found in the pocket of the clothing. Then investigators discovered that Harden had a link to the burial ground: his granddaughter had once lived on the property with her boyfriend, Shawn Perkins.
Keep Reading