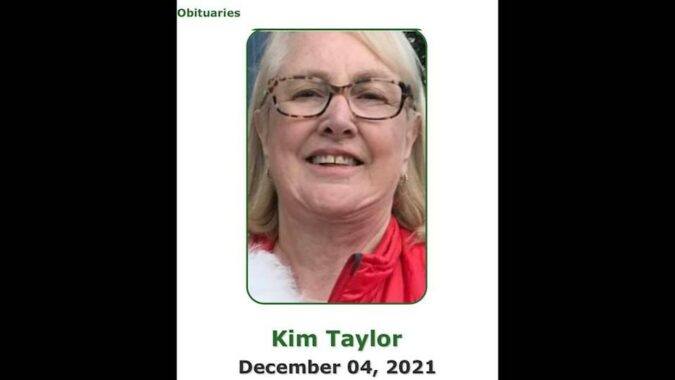 A grandmother volunteering at a therapy farm was rammed and killed by a sheep in Massachusetts, police told news outlets.

Kim Taylor, 73, was in one of the farm’s pens “when a sheep charged at her and repeatedly rammed her,” the morning of Dec. 4, according to Bolton Police Chief Warren Nelson, NBC Boston reported.

Cultivate Care Farms in Bolton gave Taylor “so much joy through her volunteering,” the family said in a statement.

“And we take solace in that.”

Taylor had volunteered for a little over a year at the farm, and she died during her shift feeding the animals, the nonprofit organization said in a statement.

“Kim was beloved by all who worked with her during the 14 months she volunteered at the farm,” Megan Moran, the director of the farm, said.

She was alone in the sheep’s pen when the incident occurred, according to the farm.

The sheep has since been removed from the farm, Lindsay Tierney, a farm spokesperson, told McClatchy News via email.

The attack seriously injured Taylor, and when police and an ambulance arrived at the scene, she ended up going into cardiac arrest, WCVB reported. She was pronounced dead after being taken to a nearby hospital.

The animals on the farm are considered comfort animals, the police chief told the outlet.

“During this very sad time we would ask everyone to respect our family’s privacy while grieving this sudden tragedy,” Taylor’s family said.

Taylor was a wife, a mother to two daughters and a grandmother to two grandchildren, according to her obituary.

She also was a retired nurse who previously worked at St. Elizabeth’s Medical Center in Boston, the Telegram & Gazette reported.

“We have no further details but are working closely with investigators as they review the incident,” the farm’s statement said. “We are continuously updating preventative measures and training to ensure the safety of our staff and volunteers.”

Cultivate Care Farms “is committed to improving the lives of children and adolescents through Farm-Based Therapy,” according to its website.

Bolton is about 40 miles northwest of Boston.