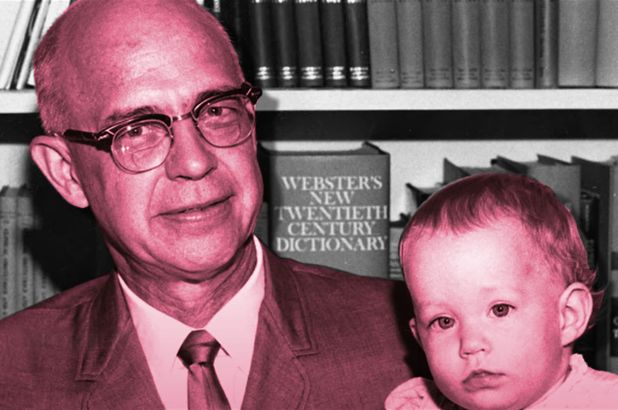 Parentage is a central part of identity, so the discovery that one doesn’t share a biological connection with one’s mother or father is naturally a shock. Far worse, though, is finding out that the people who did create you were monsters of an unforgivably heinous sort—a fate that befell many men and women whose birth mothers had sought fertility treatment from Pioche, Nevada’s Dr. Quincy Fortier.

Baby God (premiering Dec. 2 on HBO) is the story of Fortier, who over the course of decades, impregnated an unknown number of female patients at his Women’s Hospital. But more crucially, it’s the story of some of the children he spawned, none of whom had any clue that Fortier was their dad until they attempted to trace their genealogy through Ancestry.com DNA kits, or were contacted by others who had done likewise and turned up a previously unknown connection to the physician. Through their experiences, Hannah Olson’s wrenching documentary exposes a legacy not just of biology, but of inherited deception, betrayal and violation, since as eventually becomes clear, Fortier wasn’t simply a cretin who surreptitiously implanted innocents with his own sperm—he was a serial pedophile who preyed upon his own children, including one stepdaughter whom he personally impregnated.