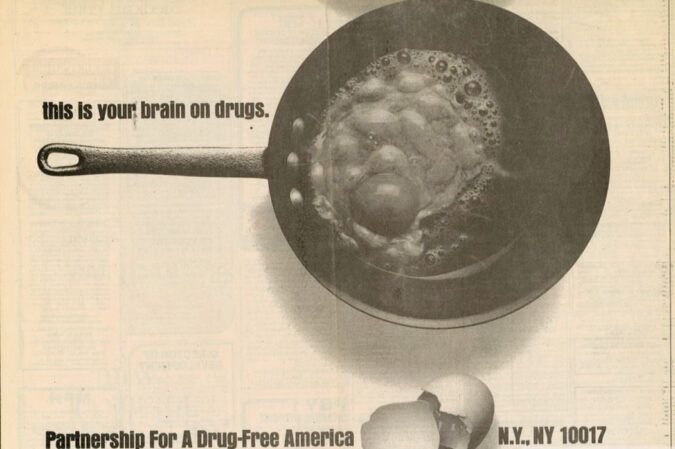 Decades before the meme age, it was the public service announcement (PSA) that sparked a thousand parodies. The egg. The frying pan. “This is your brain on drugs. Any questions?” What made this and other commercials created by the Partnership for a Drug Free America (PDFA) so iconic? What was the origin of the campaign? Joseph Moreau explores these questions in the Journal of Social History.

Moreau writes that the PDFA ads showed up on television in the 1980s, entering a conversation about how to talk to kids about drugs that had been going on for decades. In the postwar era, educators showed Reefer Madness-style educational films in classrooms, attempting to terrify students into abstinence from drugs. But the 1970s brought a wave of non-judgmental materials for students that invited them to learn about the effects of various substances and make informed decisions. To some parents, this seemed like a disturbingly blasé approach to the rising use of marijuana and cocaine among teenagers, and an ascendant conservative movement picked up on and amplified these concerns.