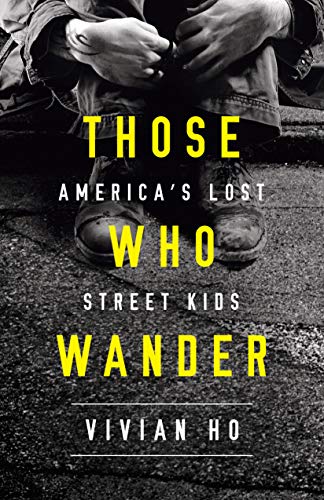 In 2015, the senseless Bay Area murders of twenty-three-year-old Audrey Carey and sixty-seven-year-old Steve Carter were personal tragedies for the victims’ families. But they also shed light on a more complex issue. The killers were three drifters scrounging for a living among a burgeoning counterculture population. Soon this community of runaways and transients became vulnerable scapegoats of a modern witch hunt. The supposedly progressive residents of San Francisco’s Haight-Ashbury, only two generations removed from the Summer of Love, now feared all of society’s outcasts as threats.

In Those Who Wander, Vivian Ho delves deep into a rising subculture that’s changing the very fabric of her city and all of urban America. Moving beyond the disheartening statistics, she gives voices to these young people—victims of abuse, failed foster care, mental illness, and drug addiction. She also doesn’t ignore the threat they pose to themselves and to others as a dangerous dark side emerges. With alarming urgency, she asks what can be done to save the next generation of America’s vagabond youth.