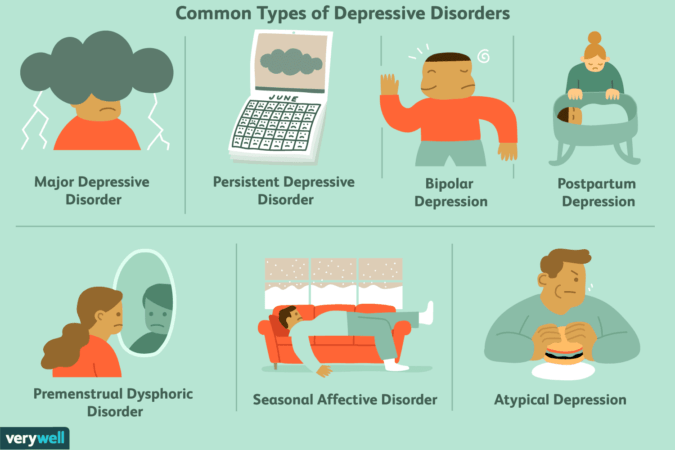 ·Contributor
Wed, November 24, 2021, 11:00 PM
Sadness is a part of life. And no, this is not some spiel about trying to be happy even if you aren’t. If you’ve watched Inside Out, you might have realised that sadness, along with other emotions such as anger, joy, disgust and more, are feelings that give us information about our experiences, and about other people’s experiences. Every single emotions are necessary and work in tandem with one another.

Everyone feels sad at some point or another, mostly triggered by events happening in their lives. For most, the feelings of sadness and emptiness pass with time. However, for some people, it can linger, intensify and even dominate their lives, crippling their ability to go through life.

Some people might experience mild and temporary forms of depression, while others go through severe and ongoing depressive episodes. Here are three common types of depression, symptoms that you can look out for and ways to seek help.

Major depressive disorder (MDD) is a severe form of depression, distinguished by its persistent feelings of sadness, hopelessness, and worthlessness. According to SAMH, it is “characterised by a combination of symptoms that interfere with a person’s cognition, behaviours and emotions.” A 2010 survey had also found that 5.8% of Singaporeans suffered from MDD at least once in their lifetime.

According to the Institute of Mental Health, a person will be diagnosed as clinically depressed if they observed five or more of the following symptoms within a two-week period:

A milder form of depression, persistent depressive disorder (PDD) symptoms last for at least two years, and “may have episodes of major depression along with periods of less severe symptoms.”

People with PDD are noted to experience bouts of helplessness, lose interest in daily activities, have low self-esteem, and lack productivity for their work.

Postnatal depression (PND) refers to depression that happens after childbirth and is a common disorder after pregnancy, affecting one in ten women. According to HealthHub, PND “often develops within the first few months after giving birth, particularly in the first five weeks. However, it can start at any time during the first year.”

Other than the usual depression symptoms, PND includes negative feelings and irritability towards your baby, a sense of guilt, and physical symptoms such as body ache and general pain.