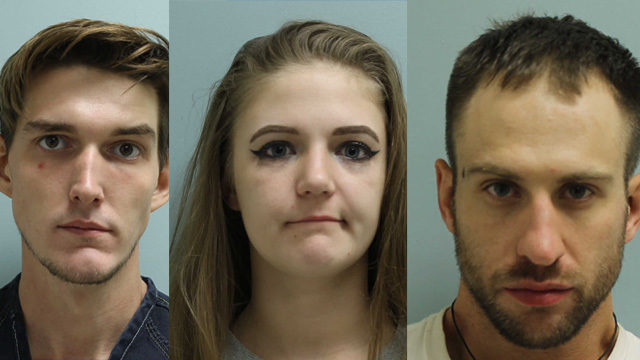 WESTMORELAND CO., Pa. – Two men and a woman are charged in connection with a burglary spree in Westmoreland County.

The accused burglars hit businesses and churches in Ligonier, and police are still trying to find all of the victims.

Police said the trio led them on a week-long, drug-fueled crime spree, but the case was cracked open thanks to neighbors calling in complaints about drug trafficking at an apartment on East Church Street.

“As we hit the house with the search warrant, we found lots of drugs, but we also found a lot of things stolen in the burglaries,” said Ligonier Valley Police Chief John Berger.

The two people living at that house – Hunter Firchko and Madison Kuncher – were arrested, but police said the burglaries didn’t stop.