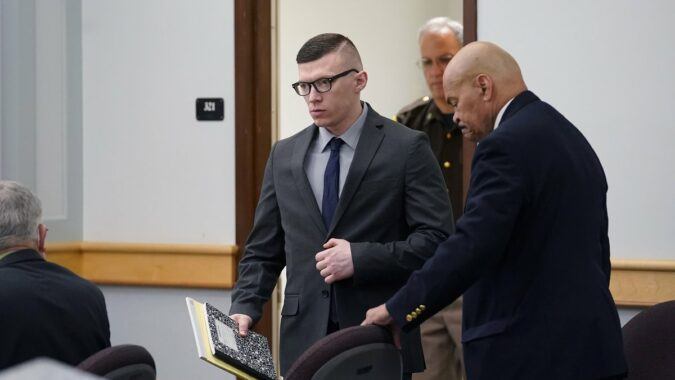 CONCORD, N.H. (AP) — A jury on Tuesday acquitted a commercial truck driver of causing the deaths of seven motorcyclists in a horrific head-on collision in northern New Hampshire that exposed fatal flaws in the processing of license revocations across states.

Volodymyr Zhukovskyy, 26, of West Springfield, Massachusetts, was found innocent on seven counts of manslaughter, seven counts of negligent homicide and one count of reckless conduct in connection with the June 21, 2019, crash in Randolph. Jailed since the crash, he appeared to wipe away tears as the verdict was read and briefly raised his index finger skyward before leaving the courtroom.