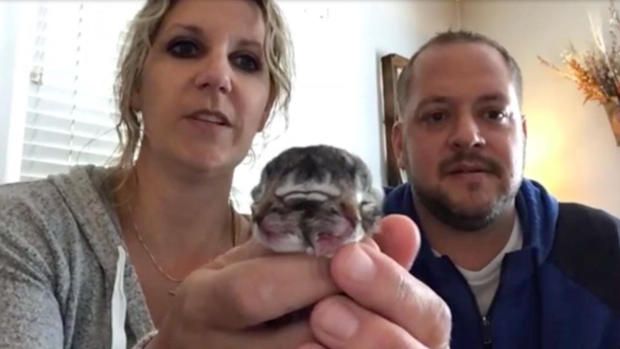 When Kyla King’s cat gave birth on her Oregon farm on Wednesday, she found four tiny, newborn kittens in the litter. But then King saw two others hiding behind heir mother —and one was much different than all the others. The kitten had two tiny noses, four eyes tightly shut and two mewling mouths.

While the two-faced cat is an unusual phenomenon, it is not unheard of, CBS affiliate KOIN reports. These are known as Janus cats, after the Roman god Janus, who was often depicted with two faces in mythology.