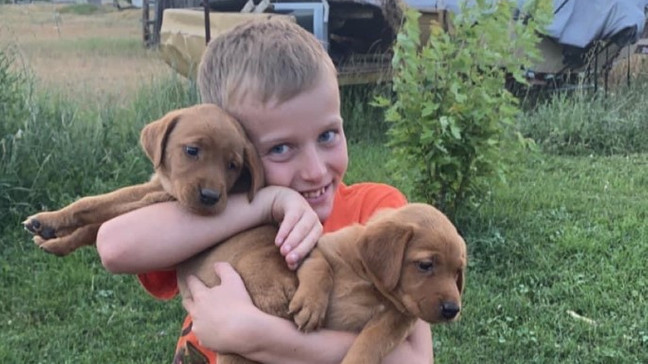 Celebrities and people around the country are sending a strong message against bullying after a 12-year-old boy from Utah died of suicide.

More than $125,000 has been raised in a GoFundMe campaign for the funeral expenses of Drayke Hardman, a young boy who died by suicide last Thursday after he was repeatedly picked on at school over the last year, CBS station KUTV reported.

Drayke’s parents, Samie and Andrew Hardman, repeatedly checked on their son’s mental health and even asked him if he was having suicidal thoughts, the outlet reported. Drayke assured them that he wasn’t.

“He said, ‘no, no,’ and it was almost like he was disgusted that I would have even asked him,” Samie told KUTV.

Though the school suspended the student who was bullying Drayke, the abuse continued, Samie and Andrew told the outlet.

The couple said they noticed that Drayke had a black eye after he returned home from school this month. Then, on Feb. 9, Drayke asked to skip his evening basketball practice. When the family returned home, they discovered he had attempted to end his life, and he was pronounced dead the next day, KUTV reported.