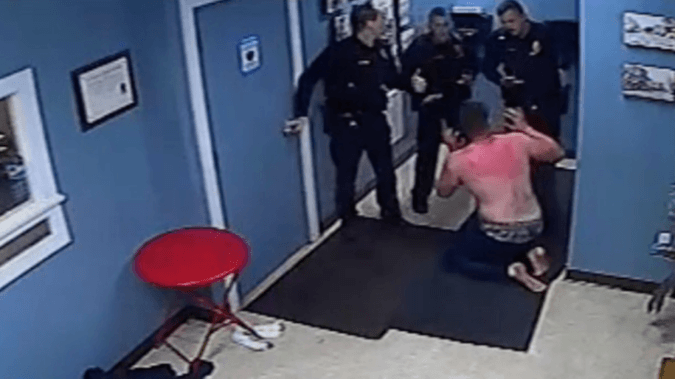 Videos released by the New York attorney general’s office Friday show a man engulfed in flames after a police officer used a Taser on him. Jason Jones, 29, later died at a New York hospital.

The first of two videos dated October 30, 2021, begins with Jones and three officers are in the lobby of a police station in Catskill. Jones appears to be upset, ripping his shirt off, throwing a shoe and knocking over a hand sanitizer container.

In the second video, an officer fires his Taser just after Jones had squirted the flammable hand sanitizer onto his head and body. There is a flash of light and Jones’ upper body becomes engulfed in flames for just over 20 seconds. He rolls on the floor to put the flames out, and when he stands, he appears to have burns on his upper body. Medics arrive minutes later.