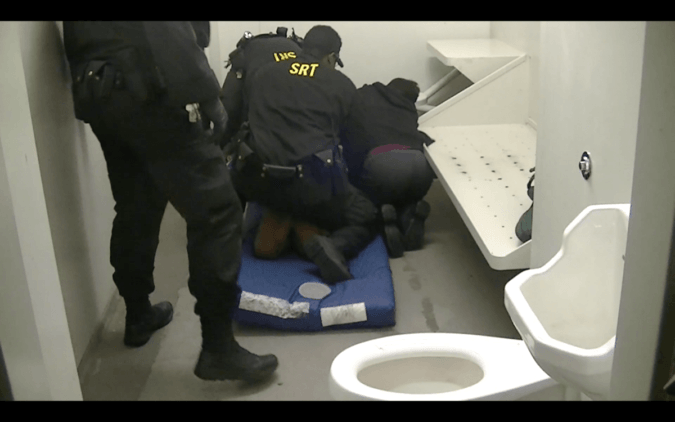 WINSTON-SALEM, N.C. (AP) — Body camera videos from a North Carolina jail show a man who died days after his arrest struggling with guards to get up from where he lay on the floor, calling out for his mother and yelling “I can’t breathe!” more than 20 times as they restrained him.

The videos released Wednesday show the moments last December when John Neville, 56, was told by a nurse in the Forsyth County jail in Winston-Salem that he had a seizure. Neville died at a local hospital of a brain injury on Dec. 4, three days after his arrest on a warrant accusing him of assaulting a female.

Five former jail officers and a nurse were charged in July with involuntary manslaughter in Neville’s death.