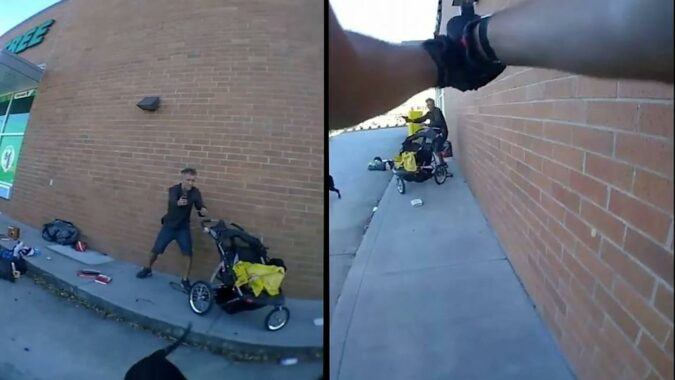 Through a public records request to the Mississippi Bureau of Investigation, which investigated the shooting, the Sun Herald obtained footage from the officers’ body-worn and dash cameras. The agency released three videos, each of which shows the moments before and immediately after the officers opened fire. All together, the agency released about three minutes of footage.

The video shows Frankowski withdrawing a gun from his waistband and pointing it at police before the responding officers opened fire, killing him. Later, they would learn Frankowski had been holding a rubber toy.

You can watch the body cam footage above, or click here. The video is graphic. Viewer discretion is advised.