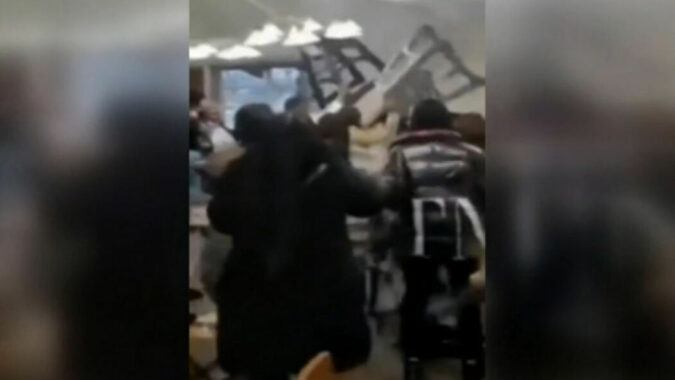 BENSALEM, Pa. (CBS) — A Friday night out turned into a melee in Bensalem at a Golden Corral restaurant. Now police are trying to figure out how it started.

A former employee of the restaurant says he was told the fight may have happened after a customer became enraged when the buffet ran out of steak.

Video shared with Eyewitness News shows punches being thrown and high chairs flying as a fight breaks out inside the Golden Corral in Bensalem Friday evening.