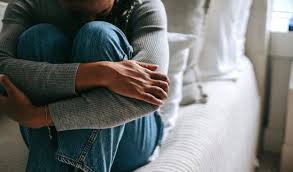 Depression is a common yet serious mental health condition affecting millions of people worldwide. Approximately 1 in 6Trusted Source adults will have the condition at some time in their lives.

Different types of depression exist and cause a variety of symptoms. Despite a lack of evidence, some people propose that depression occurs in stages similar to the stages of grief.

This article explores whether depression has different stages. It also discusses what depression is, as well as the signs and symptoms, diagnosis, and treatment.