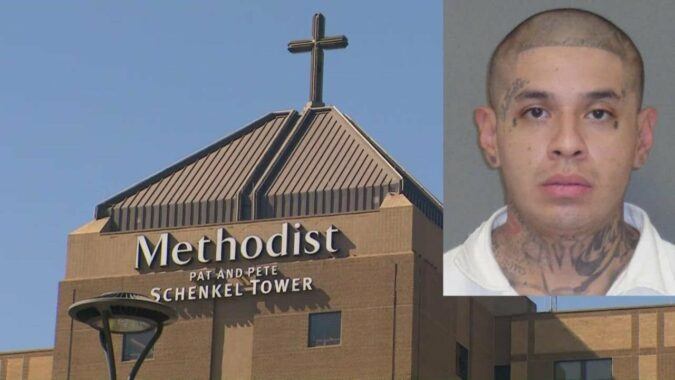 Nestor Hernandez, 30, fatally shot two workers at Methodist Hospital in Dallas, according to officials. He had been released from jail on parole in October 2021. Shortly after 11 a.m. on Saturday, Dallas Police offers responded to reports of a shooting at Methodist Hospital in Oak Cliff. Upon arrival, police said they found two hospital employees shot and killed near the labor and delivery area on the fourth floor of the hospital. They also said they detained a suspect in the shooting — a man who had been shot and injured by the Methodist Health System police officer who first responded to the scene. Friends and family of employees at the hospital described a scene in which workers at the hospital were running for cover and hiding from an active shooter after hearing gunshots ring out on the hospital’s fourth floor. The man law enforcement detained was stabilized and transported to another hospital to be treated for his injuries. He was later identified by Dallas Police as 30-year-old Nestor Oswaldo Hernandez.