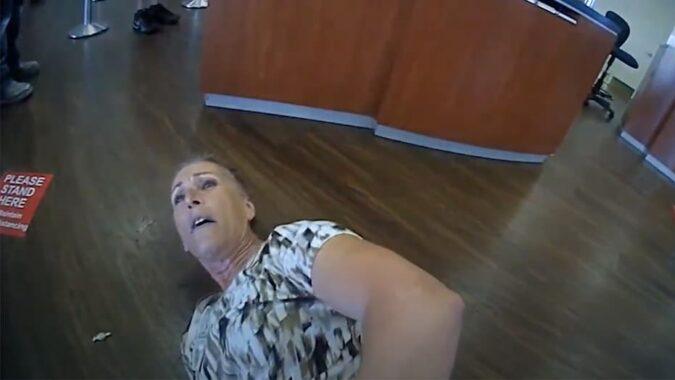 GALVESTON, Texas (CBSDFW.COM) – A woman was arrested at a bank in Texas on Thursday after she refused to wear a face mask inside the building, police said. The encounter was captured on an officer’s body camera.

Police in Galveston said the woman, identified as 65-year-old Terry White, was charged with resisting arrest and criminal trespass after she became uncooperative with the officer.