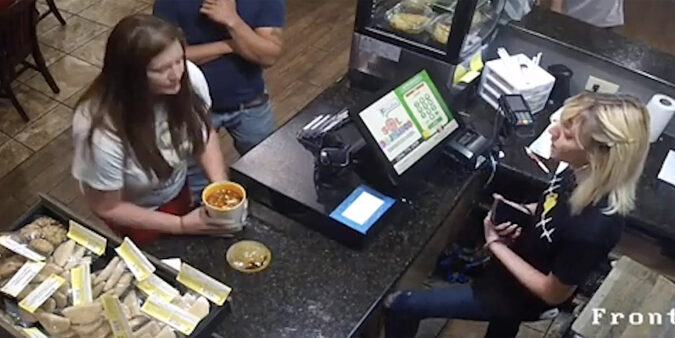 A restaurant manager’s TikTok video, in which she describes having soup thrown in her face by an angry customer, is going viral. The incident was also captured on surveillance video.

The interaction took place on the afternoon of Nov. 7 at Sol de Jalisco in Temple, Texas. Police told local NBC affiliate KCEN-TV that a woman first called the restaurant to complain about the soup she ordered.

The woman was complaining that the soup was too hot and had melted the lid of the container it was in, according to police. Jannelle Broland, the manager who was attacked, said on TikTok that the woman had cursed at her on the phone, and Broland had offered her a replacement and a free meal.