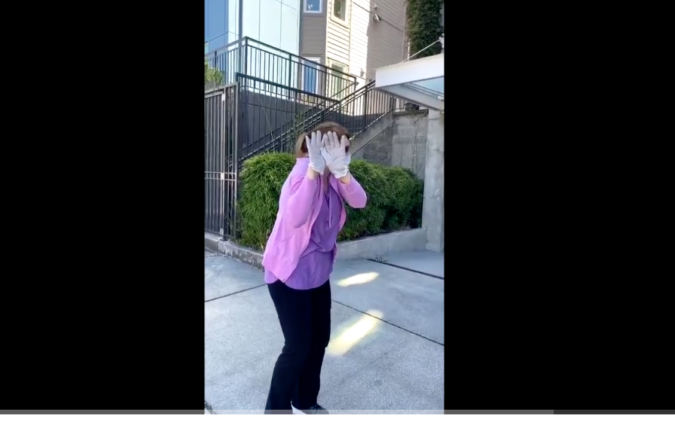 A black man who claimed he was racially abused by a white woman in Seattle, Washington, during while driving shared video of himself confronting the woman, who is seen shielding her face and screaming in apparent distress as he speaks to her.Karlos Dillard claims the woman cut him off when they encountered each other on the road, that she raised her middle finger to him, and that she referred to him as a “n****r”. He also said she had begun following him, but stopped and quickly reversed when she saw that was recording video on his phone.