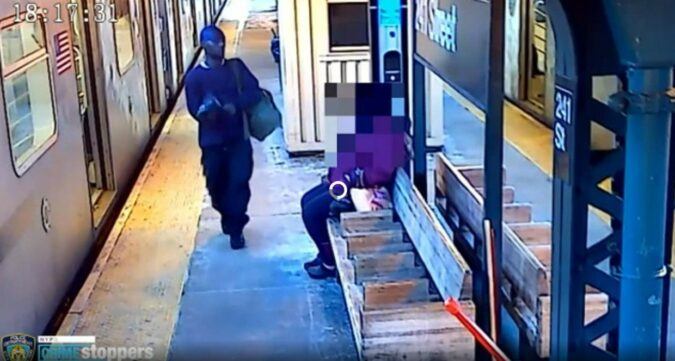 A woman had human feces smeared on her face as she waited for the train at a New York City subway platform during rush hour, police say.

Police are looking for the man who they say attacked the woman, 43, as she was sitting on a bench at the East 241st Street subway station in the Bronx on Monday, Feb. 21.

Video shared by the New York City Police Department shows the man holding what appears to be a black plastic bag approach the woman and throw the bag into the front of her face at 5:15 p.m.