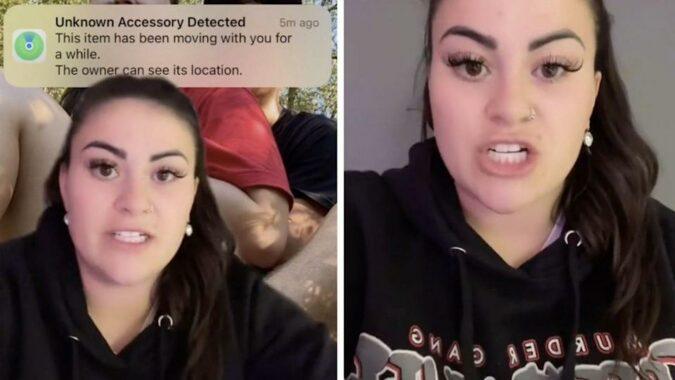 A woman suspects she’s being tracked after noticing a number of weird messages on her phone.

“I think I’m being tracked,” she said. “The more I post about it, it seems like it’s happening to a lot of people. I don’t know if I’m in danger.”

The user explained that she flew from her Texas home to Maine, and shortly after arriving at the airport, she received an odd message.

Her phone detected an “unknown accessory” near her, presumably an Apple AirTag. She was first notified of it at 8:45 a.m. that day when shopping at a Texas Walmart.

There was an option to “remove” the device, @angel.edge95 said, but when she tried to do so, she received a pop-up that said it was unable to connect to the server.

She then noticed another notification at the bottom of her phone encouraging her to contact local law enforcement if she felt unsafe.

Then, @angel.edge95 stated that locating the tracking device may not be possible because there was a chance that law enforcement or Apple Support wouldn’t be able to assist without the device’s serial number.